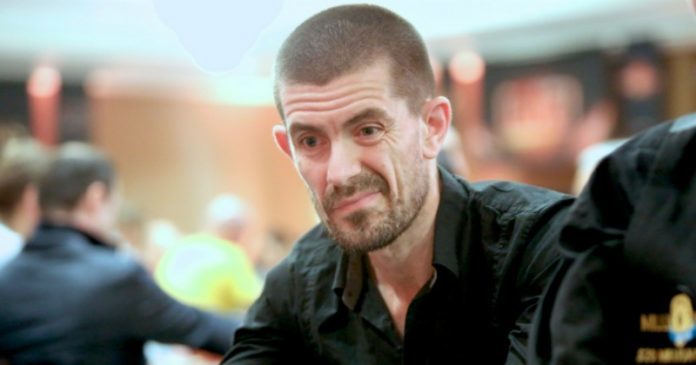 Chad Holloway, poker journalist and WSOP champion decided to dedicate one episode of his strategic articles to a situation which is inevitable in poker.

He posted the following story on PokerNews.com: “I was lucky enough to win $1,040 in a $5/$10 Pot-Limit Omaha gme that took place not so long time ago. It was not a bad result, but I was tilted, angry and frustrated as an hour earlier I had $2,250”. Holloway says it's funny how some players feel like losers eventhough they get up from the table with a profit.

There is a special name for this phenomenon. “It's called upstuck and almost every players knows it. Your ego lies to you and whispers that you deserve the win. You can deal with this feeling if you concentrate on decisions, not results. If you play well, you win. If you play badly, you lose. Money is just the background” – explains Ryan Laplante, WSOP champion. In another article Robert Woolley adds that upstuck is a “strange combination of happiness and regret”.

John “KasinoKrime” Beauprez, co-creator of Chip Leader Coaching site, says that he feels it all the time. It's all about expectations. He also says that if you take the chip lead in a tournament and lose half the stack, but still have an average one, you often feel like a short stack. It's quite different when somebody really has a small stack and suddenly doubles up. “I do all I can to focus on decisions, not the monetary results” – he explains. He even has a special notebook where he notes interesting things about given cash games and tournaments. Interestingly many of his losing sessions are graded as good ones because he evaluates concentration reaction to tilt and such elements.

Holloway gives an example that shows the above-mentioned concept very well. The hand took place in a Mid-States Poker Tour, that took place in Minnesota a few days ago. Larry Ormson opened for 15,000, when he was sitting in the hijack. The opponent in the button called. Brad Sailor followed from the big blind.

The flop came 9JT, two clubs. Sailor checks, Ormson bets 20,000, button folds. Sailor responds with ah all-in and gets called by Ormson for 66,000 chips. The first has K7 in clubs, a flush draw and a gutshot, while his opponent reveals QQ. The turn came 5 of clubs. Sailor completed his flush and king of spades on the river was just a formality.

Ormson got eliminated as the bubble boy. He surely was disappointed and the hand clearly illustrates what Beauprez says. Ormson played his hand well but the result was far from his expectations.

“Upstuck is by no means a pleasant feeling, but it's a standard and does not influence those who are sure of their skills. Do your job well and you will have nothing to be ashamed of” – sums up the journalist.

SEE ALSO: How to split a poker pot?