Poker is a zero sum game. It means that for every winner there must be a loser to equalize the financial balance of the game and make it even. However there can be more than just winner in a situation like that.

It's especially true when we split the pot. Chad Holloway describes cases like that at forum over at 888poker.

Let's also imagine a No-Limit Texas Hold’em hand in which players show the same hand and they split the pot.

Very often situations which seem like draws are decided by so called kickers. They are cards that do not influence how strong our hand is or what we actually have but they play a role when we have to pick a winner. An example is when players have the same pair, but different kickers: 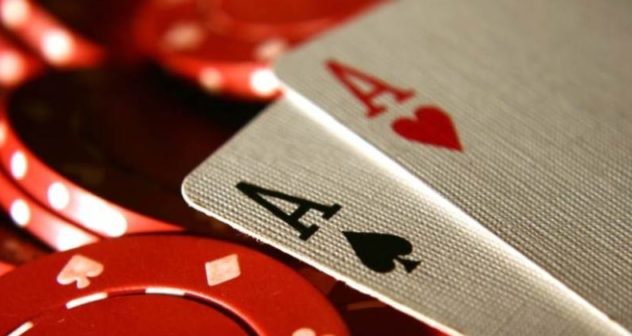 Here is an example when the kicker comes from the board and the pot is split:

Sometimes it's kinda hard to split the pot evenly when there is one chip left and two players (or two chips and three participants in a hand). This chip is always of the lowest denomination and there are rules on who to give it to.

The delicate art of splitting the pot

Another name for split is chop. It means splitting the pot evenly among all participants of the hand. When somebody says “chop it up” it usually refers to the pot, but there are two other aspects it can be used for:

– in cash games players can split blinds. This happens when all players fold and the action s on the small blind. He can ask then the big blind if he wants to split and if the person agrees players take back their blinds. This is a common practice that allows to avoid rake. Scuh behaviour is not allowed in tournaments though.

– at the final table sometimes players start a discussion about a deal. In this context the word “chop”  refers to the remaining money and a player is probably asking if others would like to pslit it differently than the original structure assumes. Not all poker rooms allow it, but most do. Of course all players left in the event have to agree to it.

There are many games in which splitting the pot is an integral part of the game and the best example is Omaha Hi-Li 8-or-Better, where the pot is divided and goes to best high and best low hand. It is possible for one player to take both halves and we call it “scoop”.

Other split games are: 7-Card Stud Hi-Lo 8-or-Better, Crazy Pineapple Hi-Lo, Low Chicago and 5-Card Draw Hi-Lo. In those games the strategy is different as players often try to win half the pot. It alters the maths behind the game and makes bet sizing a bit trickier.

In split games it is not a good idea to play hands which cannot scoop, i.e. which can only win half the pot. Go for hands that scoop and minimize the chance you will have to split with another player.

PokerStars is working on new formats: Showtime Hold’em and Spin&Goal