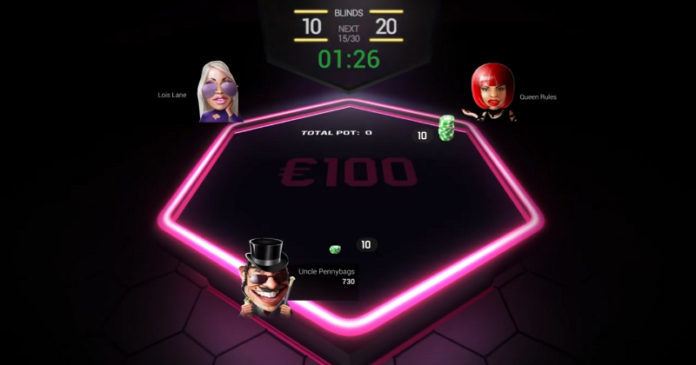 Sit and Go Jackpot games have become a standard for most poker operators. At the beginning of December also Unibet Poker will have their variation of that – the HexaPro.

HexaPro will be much different from what competition has to offer. Unibet promises that the x10 multiplier will appear ten times more often than at other platforms. We can expect lower variance and the operator hopes the games will attract many recreational players.

The lowest and the most common multiplier in HexaPro will be x1.5, which means a prize pool worth $1.5 in $1 tournaments. In similar games at PokerStars or PartyPoker minimum is always x2, and the highest x12,000. Unibet Poker has decided to limit the maximum to x1,000 and its probability will be 0.001%.

Just like in Spin & Go at PokerStars and Sit & Go HERO at PartyPoker, HexaPro games will be 3-handed. Players will start with 500 chips and the game will be hyper-turbo format. Unibet announced there will be seven types of buy-ins – from €1 to €100.

There will be a different structure for payouts and blinds. If we get x25 or higher multiplier all participants will receive prizes. Most of it, 80% will go to the winner, then 12% to player from 2nd position and 8% to the third one.

Rake in HexaPro is going to be %6.853, no matter the entry fee. For a comparison in Spin & Go at PokerStars we pay from 5% to 8% rake and players from the lowest stakes have to pay the biggest percentage.

Will the new format at Unibet Poker attract many players? We will know that soon. If you want to test HexaPro, as well as use a special bonus for new players worth €500, register an account at the room using this link.